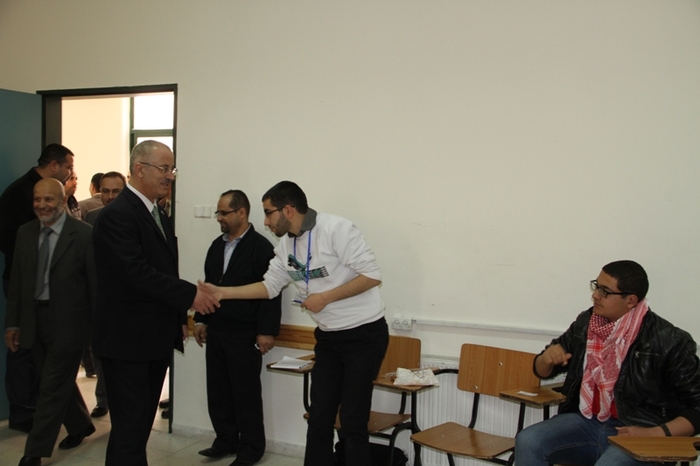 For its part, the Islamic bloc, “Muslim Palestine Bloc,” affiliated with Islamist movement Hamas, took 5365 votes out of the total votes cast, granting it 33 seats.

The Martyrs Bloc and the Muslim Palestine Bloc combined took 76 of the 81 seats, leaving 5 seats to be won by other competing student lists. The Student Progressive Front’s bloc, the Martyr Abu Ali Mustafa Bloc, took 530 votes, which translated into 3 seats. The Unified Students Bloc calling themselves the Samer Issawi Bloc received 222 votes, giving them 2 seats. 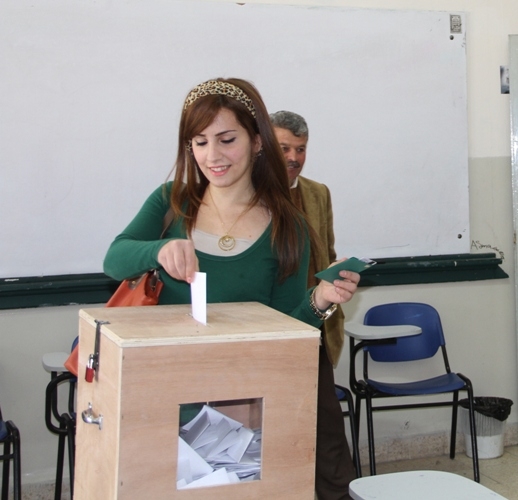 Other student blocs also participated in the elections with lists, but failed to gain seats. The Unified Progressive Students’ Bloc known as the “Union Bloc” received 149 votes, while the bloc of the Student Rally for the Palestinian National Initiative called “Student Rally for the National Initiative” took 96 votes. The Independence Bloc referred to as the “Delegation Bloc” and the Students for the Struggle Bloc known as the “Palestine for All Bloc,” obtained 43 votes and 10 votes, respectively.

19,956 students were eligible to cast their ballots in the elections; voting participation reached a considerable 69.3 %. 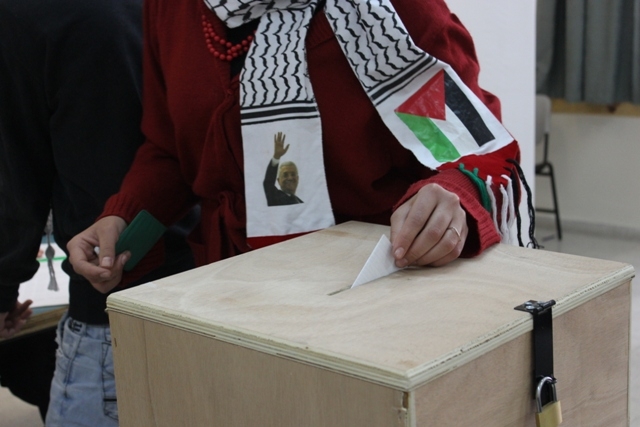 The Student Election Monitoring Committee set up 56 voting stations spread over An-Najah’s four campuses – the Old Campus, the New Campus, the Hisham Hijjawi College of Technology, and the Agricultural and Veterinary Faculty in Tulkarem.

Close to 400 university staff, both administrative and academic, served in monitoring and supervising the elections. The Election Monitoring Committee opened ballot boxes at 8 am and closed them at 3 pm. 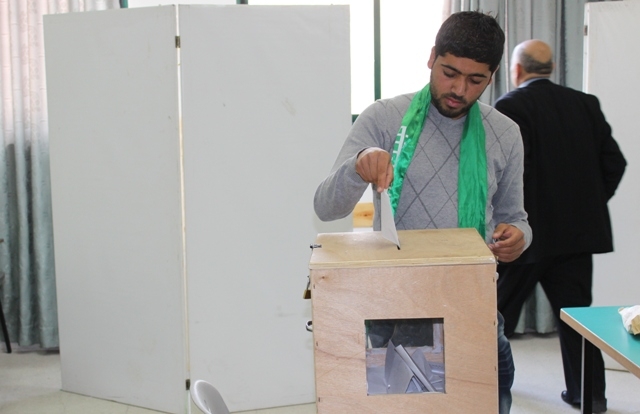 Dr. Rami Hamdallah, University President stated, “Today An-Najah University witnessed a successful democratic exercise, which bears witness to the level of responsibility of the University’s students and to their interest in the University and its accomplishments.” Dr. Hamdallah added that student union elections are a constitutional right granted to students to choose their representatives. He thanked the Elections Committee, the Dean of Student Affairs, the student body, and all those working at the University for their commitment to making democratic student elections a success. 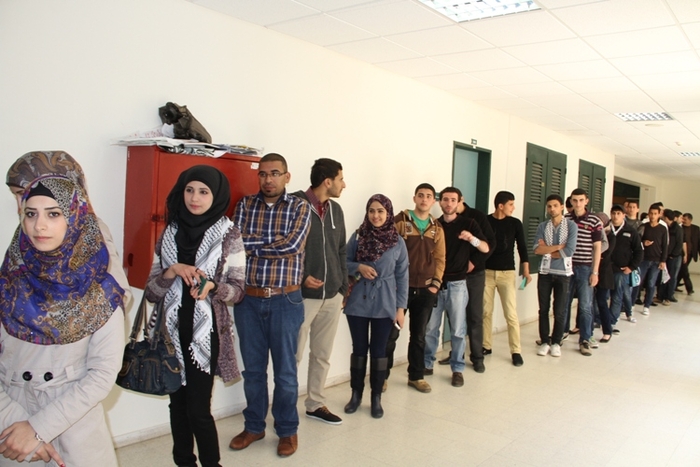 During voting hours, Dr. Hamdallah also took a tour of the voting stations to participate in election monitoring and to witness the voting process. In a statement issued to the media, he noted that the University has been preparing for elections for several weeks in order to ensure their success and to ensure their conduct in a manner conducive to promoting democratic participation and citizen engagement.

For election day, the elections committee organized an electoral exhibition space on the University’s New Campus so that competing student blocs could display their proposed programs for the student electorate. Dr. Musa Abu Dia, Dean of Student Affairs and Head of the Elections Committee, praised the election committee’s work in preparing for voting. He explained that prior to voting day each student bloc participating in the elections was assigned an electoral list number from 1 through 8. Dr. Abu Dia also applauded the student body for its orderly conduct of campaigning. For its part, the Elections Committee encouraged all students to participate in the electoral process, stressing that electoral participation is a civic duty which promotes democratic practices in Palestinian society.