On Monday, November 2nd, 2015, the Youth Exchange Programme (Zajel) of the Public Relations Department at An-Najah, in cooperation with the Samaritan Legend Organization, organized a seminar on the Samaritans’ history, heritage, traditions and holidays at the Zafer Al-Masri Auditorium in the Old Campus. 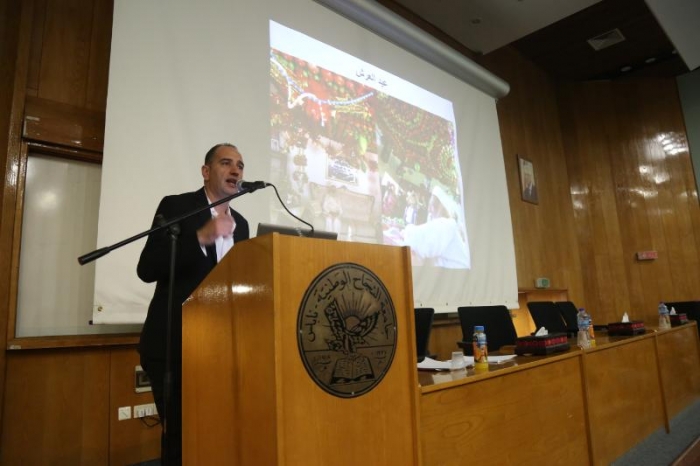 The seminar was moderated by Mr. Yaqoob Samiri, Director of the Samaritan Legend Organization and aimed at introducing An-Najah students to Mount Gerizim  which is sacred to the Samaritans who regard it, rather than Jerusalem's Temple Mount, as having been the location chosen by Yahweh for a holy temple. They also celebrate Passover  on Mount Gerizim which is considered the location of the near-sacrifice of Isaac. 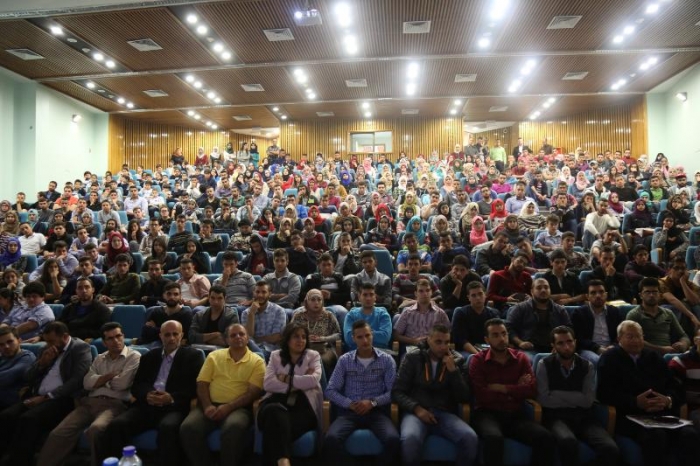 The seminar also included a presentation on the smallest sect living in the village which includes less than 750 people holding to their original roots and rituals. 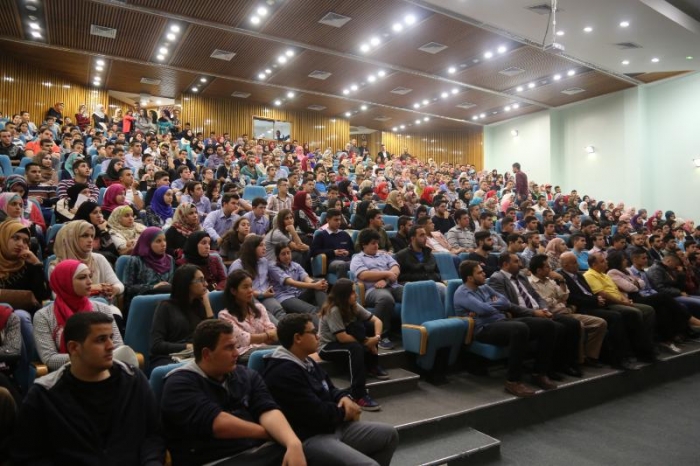 Student Duha Abduh said that the seminar played an important role to demolish stereotyping towards the Samaritans as students were introduced to their history in Nablus. She added that it also drew a distinct line between the Samaritans and the Jewish religion which enriches the cultural variety in Palestine. 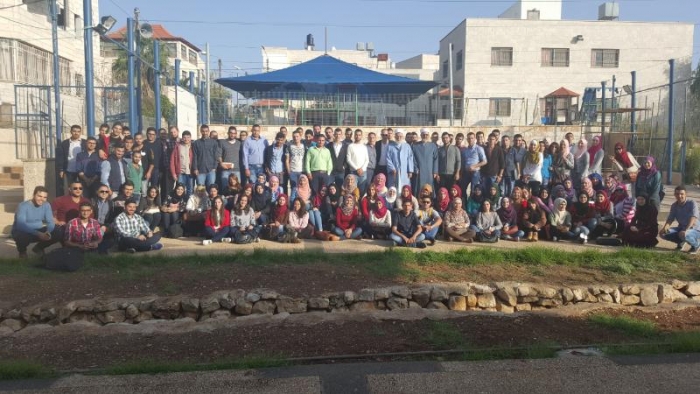 By the end of the seminar, An-Najah students went to the village to congratulate the residents on the Sukkot Holiday.

-         Sukkot, or Succot, literally Feast of Booths, commonly translated to English as Feast of Tabernacles, is a biblical Jewish holiday celebrated on the 15th day of the month of Tishrei (varies from late September to late October). During the existence of the Jerusalem Temple, it was one of the Three Pilgrimage Festivals on which the Israelites were commanded to perform a pilgrimage to the Temple.

The Samaritan Legend Organization aims at introducing people to the Samaritans’ life by building links with the local community.