The short film “To my mother” directed and produced by An-Najah media graduates; Yaser Joudallah and Ahmed Bazz has won the Aljazeera International Documentary Film Award 2015 for the short film category. 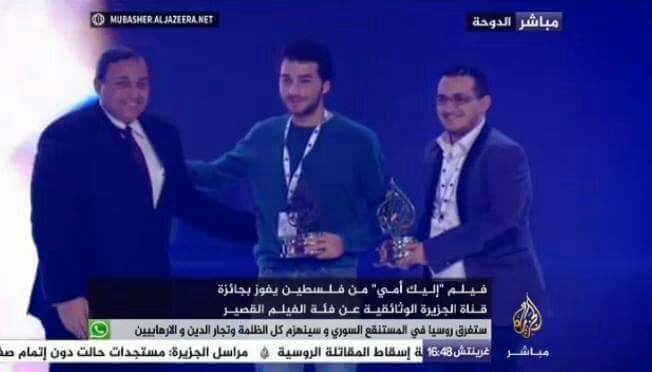 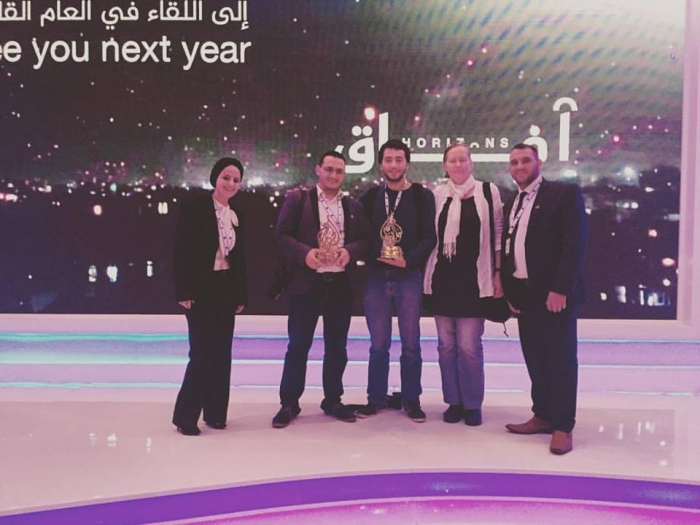 The film was the graduation project for both Joudallah and Bazz and embodied Joudallah’s life since childhood. The film presented his family’s situation during the first and the second Intifada when his mother and brother were shot by the Israelis. 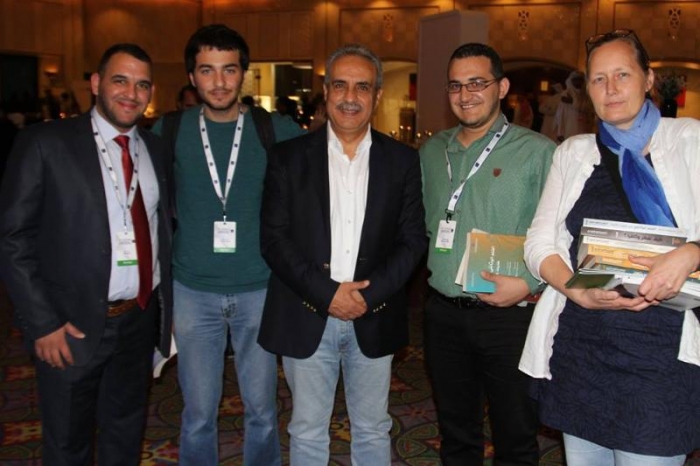 Mr. Joudallah stated that they initially meant to participate in the “New Horizon” beginners’ competition, but Al-Jazeera transferred the film to the short films category, a category for professional directors. 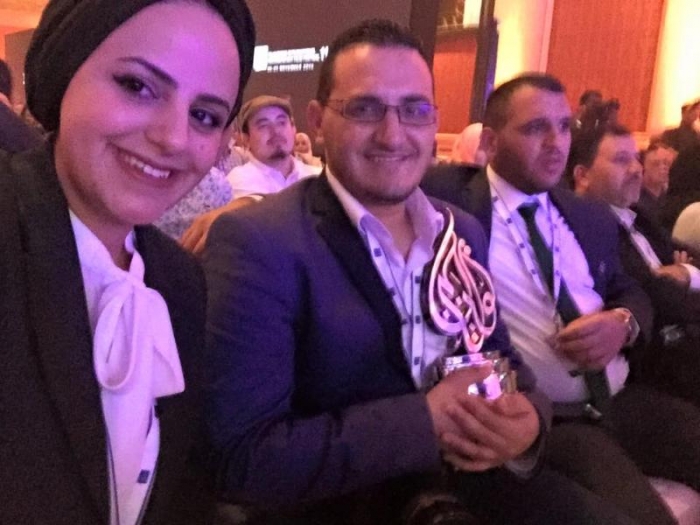 Dr. Manuela Romer, Lecturer at the Faculty of Media at An-Najah said that the film was a real representation of the Palestinian cause and it is to be translated to other languages soon. Two other An-Najah graduates also participated in the festival with a film about Israeli violations towards journalists.

-          Aljazeera International Documentary Film Festival was established in 2005, and it is an international event by all standards. Since its first edition, it has become a meeting point for filmmakers and innovators worldwide. The festival showcases a wide range of documentary films that discuss humanitarian, social, economic, and political issues. This is on top of the support it dedicates to young talents that work hard to have a space for expression and production.