On Monday, November 30, 2015 Dr. Akram Daoud, Dean of the Faculty of Law at An-Najah represented the Palestinian universities in the signing of an Memorandum Of Understanding with the Centre for International Legal Cooperation in Netherlands. 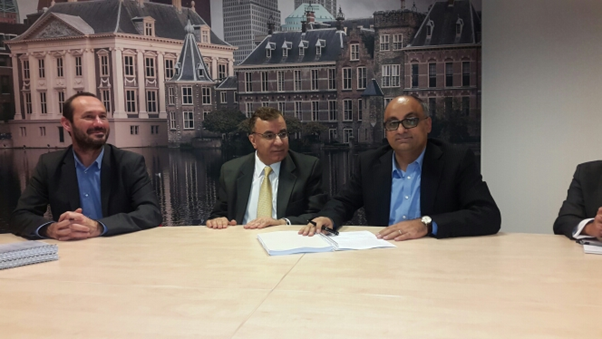 Dr. Daoud stated that the Dutch support for Palestinian institutions of higher education is highly important and that the Palestinians appreciate mutual partnership.

Dr. Daoud also met with Mr. Nabil Abu Zeid, Palestinian Ambassador to the Netherlands who talked about the Dutch government’s role in supporting higher education projects and the importance of mutual cooperation between the people of Palestine and the Netherlands. Mr. Abu Zeid added that the project’s fund has reached 2.4 million Euros and will be implemented over four years. 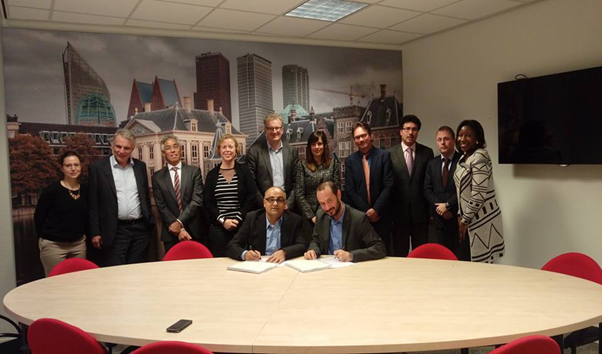 -          The project is funded by the Initiative for Capacity Development in Higher Education (NICHE).