On Sunday, November 1st, 2015 Professor Maher Natsheh, Acting President of An-Najah received Special Ambassador for Peacebuilding and Former Vice Minister for Foreign Affairs Professor Akiko Yamanaka along with a number of officials from the Representative Office  of Japan to the Palestinian Authority . 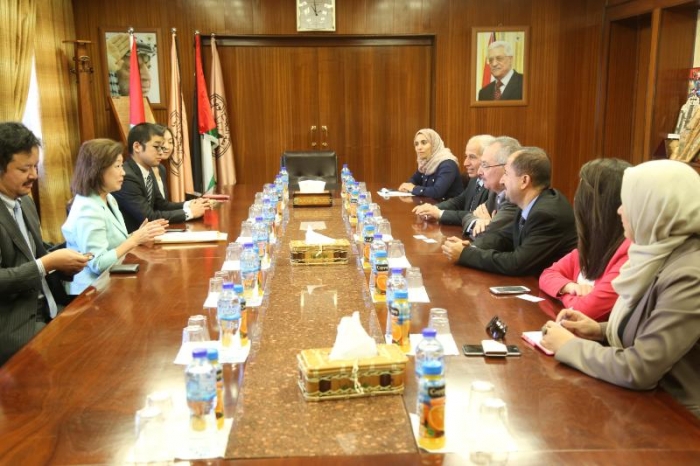 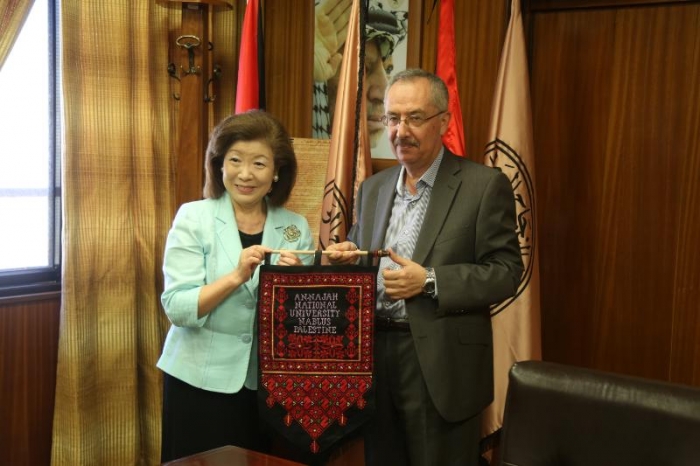 Professor Natsheh welcomed Professor Yamanaka and the delegates, and expressed his delight for their interest in visiting An-Najah. He also commended the Japanese role in supporting the people of Palestine and the peace process. 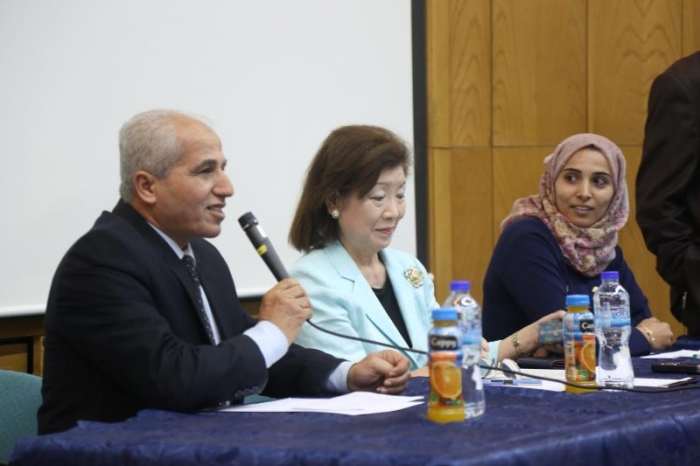 In turn, Professor Yamanaka thanked Professor Natsheh for receiving her and stated that visiting Palestine was a dream she had for twenty years and that she is pleased it has finally come true. 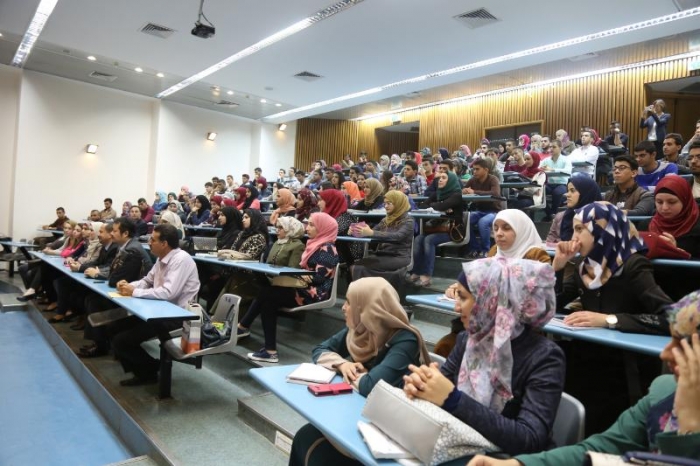 After meeting Professor Natsheh, Professor Yamanaka gave a lecture titled” "Palestine-Japan Relations”, which was attended by a large number of students and staff .In the lecture, she talked about the similarity between the history of  Japan and Palestine, and how Japan managed to “rise from the ashes”. She also talked about Japan’s role in the peace process and the aid the Japanese government provides to Palestine for the sake of development and state-building.

Afterwards, Professor Yamanaka met with a number of An-Najah staff who are Japan alumni, the Japanese students who are studying Arabic at An-Najah as well as the members of the Japanese Culture Club. 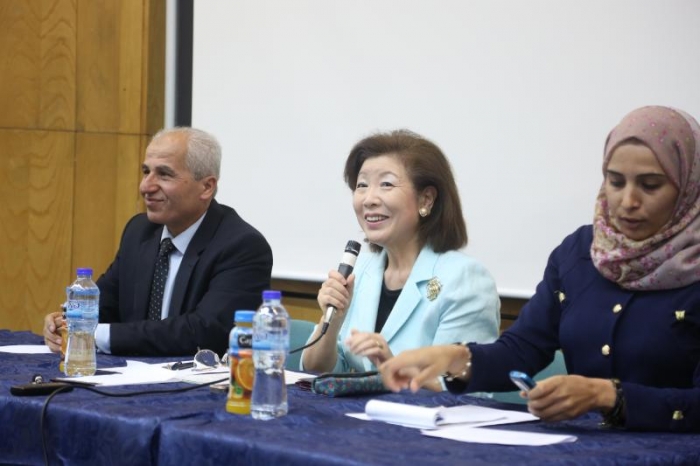 -          The lecture was organized by the International Development and External Affairs Office (IDEA) and moderated by Dr. Raed Nuirat, Head of the Political Science Department.  It was also attended by Dr .Mohammad Amleh, VP for Academic Affairs, the IDEA Office team, Dr. Alia Assali, Dean of Education and Teacher Training, Dr. Hassan Ayoub from the Political Science Department and other staff members.

-          Professor Yamanaka has been Senior Diplomatic Fellow, Cambridge Central Asia Forum and By-fellow of Churchill College, Cambridge University as well as visiting professor at the Graduate School of Hokkaido University, the United Nations University and currently Tenjin Foreign Studies University. She is currently working on Human Development for Peacebuilding, and on Human Security, especially water security, food security and energy security as well as on Natural and Human Induced Disaster Prevention and Mitigation.