The conference was over 3 days (from November 8-10, 2015) and was organized by League of Arab States and the United Nations Office for Disaster Risk Reduction Regional (UNISDR). 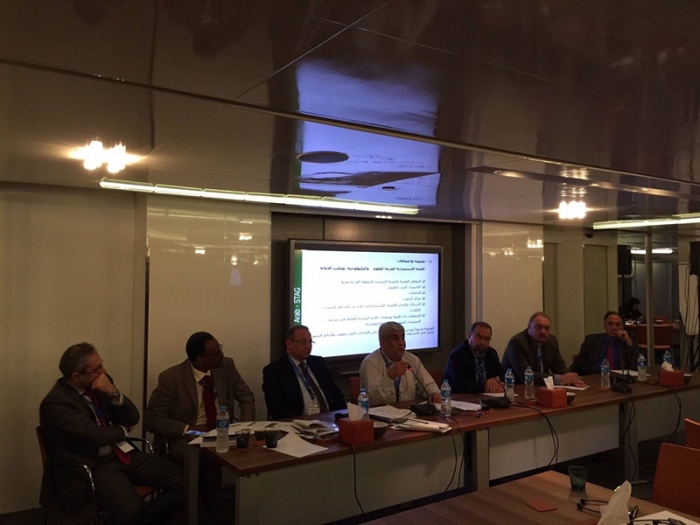 The conference included a review of commitments and progress made on disaster risk reduction in the Arab Region, including 10 years of Hyogo Framework implementation.

Dr. Dabeek presented a research paper on the SASPARM 2 project, carried out by An-Najah in cooperation with the European Earthquake Engineering Center (EUCENTRE) and IUSS University in Pavia, Italy, within the FP7 group of European projects.

-         Discussing the outcomes of the 3rd United Nations World Conference on Disaster Risk Reduction, including Sendai Framework and its priorities, shared, acknowledged with regional stakeholders

-         Celebrating the Champion of “Local Knowledge for Life”, the theme of 2015 International Day for Disaster Risk Reduction.

-         SASPARM aims at reinforcing international cooperation with neighboring countries to Europe in the fields of research. It aims, to reduce the risk of earthquakes in Palestine through improving the capabilities of Palestinian institutions and engineers in the field of seismic design of buildings and raising awareness on earthquake risk reduction.

-         Dr. Jalal Dabeek is also the Vice President of the National Committee for Disaster Risk Reduction and Coordinator for the SASPARM.