An-Najah Participates in an International Symposium in Turkey

On Thursday, October 22nd, 2015 Dr. Ihsan Al-Deek, Lecturer at the Department of Arabic Language at An-Najah participated in the symposium on the role of the  Dervish battalions in World War I at Kırıkkale University in Turkey. The symposium was over three days from October 22-24, 2015. 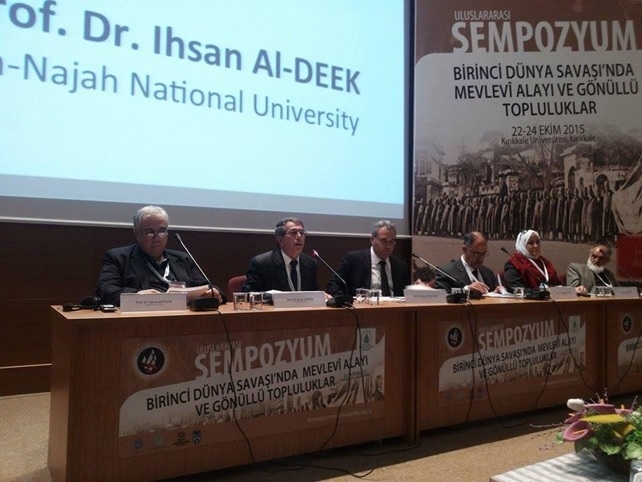 At the margins of the symposium, Dr. El-Deek’s met with the Head of the Arabic Department at Kırıkkale University and discussed possible means of cooperation with an-Najah.