On Wednesday, January 22d, 2014, an academic delegation from San Francisco University, headed by Dr. Rabab Abdelhadi, Professor of Ethnic Studies, and Coordinator for the Arab and Muslim Ethnicities and Diasporas Initiative, at the College of Ethnic Studies in the University’s Graduate School, visited An-Najah University. The delegation consisted of Dr. Joan Baker, professor of Native American Studies, the Prominent Puerto Rican Syndicalist Jamie Fefi, and some graduate students from several American universities. 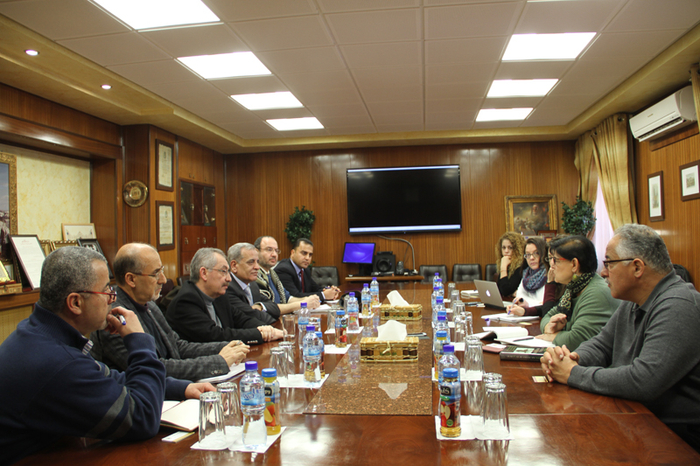 Prof. Natsheh welcomed the visiting delegation and gave an overall view on An-Najah University, and the level of development it has reached both academically and research wise. He also briefed them on the constructional development and the establishment of An-Najah Hospital as a scientific and medical base level that reaches out to a wider national audience. 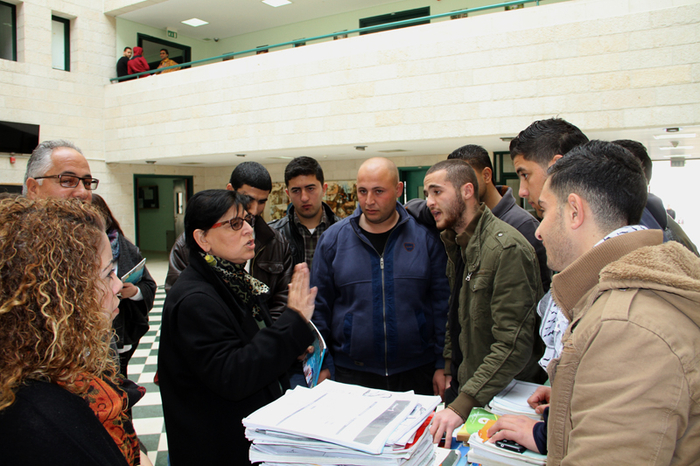 Prof. Natsheh also welcomed cooperation in the different academic disciplines, and the academic exchange of students and staff   with the University of San Francisco.

He also talked about the obstacles that face higher education in Palestine, such as the financial resources and the difficulty of providing permits for experts from outside the country.

In the meeting, a short film about An-Najah, entitled “A Success Story” was shown. The film is produced by An-Najah’s Media Center, and talks about the foundation and development of the University, and features its faculties, staff, facilities, research, scientific centers, hospital, and the international rewards and entitles it has received.

Dr. Abdelhadi thanked the University on the reception, and expressed her admiration of the University and pleasure in working with the University to arrive to a memorandum of understanding that aims to deepen academic cooperation in all fields between both universities.

The delegation and the university officials talked about the importance of holding scientific conferences workshops, and video conferences between the students of both universities to discuss higher education matters. 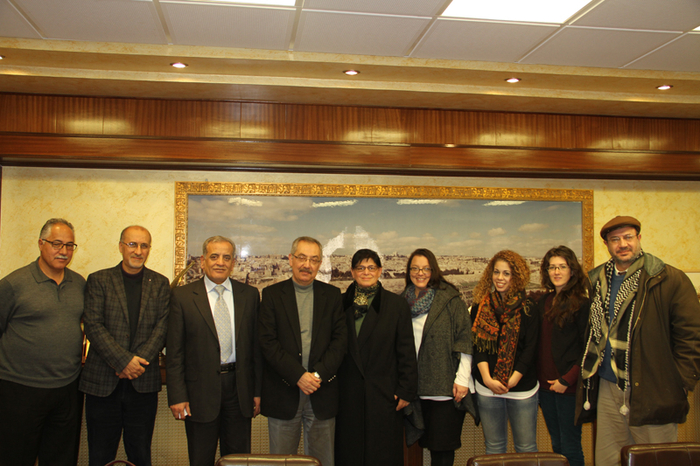 Both parties discussed the importance of An-Najah lecturers participating in international and regional conferences, on Middle Eastern and American studies, in addition to hosting American lecturers to teach at An-Najah during summer courses.

Mr. Saed Abu-Hijleh took the delegation on a tour around the University’s new campus, where they visited the Faculty of Fine Arts and the Media Center, and expressed their admiration for the level of development that the university has reached.