On Wednesday, November 18th, 2020, the Department of Politics and Social Sciences at An-Najah National University in cooperation with Seeds Association for Development and Culture, organized the first political international symposium webinar titled: “The World after American Presidential Elections 2020: Continuities and Discontinuities”.

A selected international high level group of specialists, experts, and academics from Palestine, Europe, and the USA participated in the webinar, which included three sessions. The webinar focused on discussing and assessing Donald Trump's presidential term during the past four years, and its impact on Palestine, the Middle East, and the world. Also, it included discussions on future prospects and predictions of what lies ahead for the world in the next four years under Joe Biden. 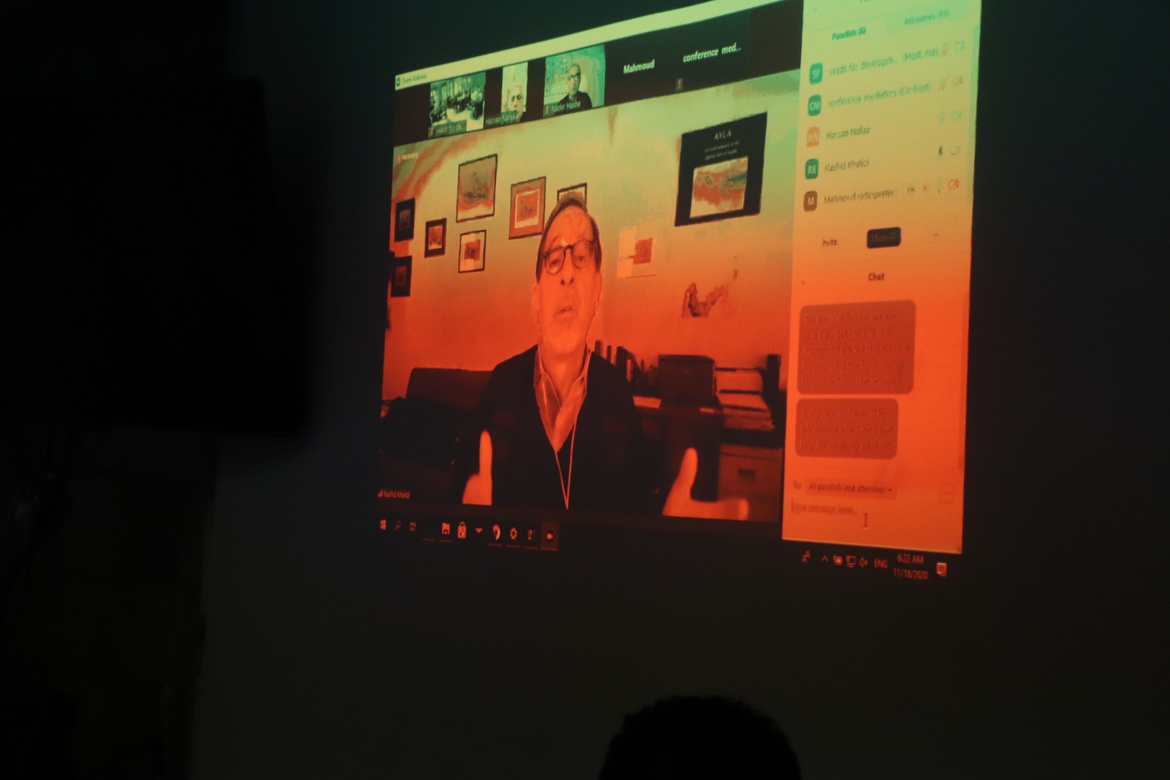 During the session, Dr. Khaled Alhroub, Professor of the contemporary Middle East and Arab Media Studies in Northwestern University in Qatar, discussed how the Biden administration will impact the Middle East in general, and the Arab Gulf in Particular in terms of the escalation and de-escalation. Then Dr. Hasan Anfa’a explained the regional conflicts under the new administration.

At the end of the first session, Dr. Basem Ezbidi, Professor of Political Sciences and Political Ideology at Birzeit University, discussed the US approach to the question of democratization and civil upheavals.

Also, Dr. Majed Bamye, First Counsellor at the Mission of the State of Palestine to the UN, discussed the impact of the new administration on the international institutions in terms of unilaterally and multilaterally. Then, Evin Incie, Member of European Parliament and Member of the Group of the Progressive Alliance of Socialists and Democrats in the European Parliament, gave a presentation titled:" The American European Relations: Assessing Damage & Foreseeing the Future".

At the end of the second session, Prof. Jan Selby, Professor of Politics and International Relations at the University of Sheffield, talked about the new administration in a world of power fluidity. Mergheritte Awkin, Member of the European Parliament also participated in this session.

The third session started with Dr. Abdul-Rahim Al-Shobaki from the Department of Political Sciences at the University. He talked about the Palestinian Question between the two administrations, Trump’s and Biden’s.

Then, Dr. Nader Hashemi, Associate Professor of Middle East and Islamic Politics and Director of the Center for Middle East Studies at the Josef Korbel School of International Studies, University of Denver, underlined different topics including the new administration, normalization and prospects for Palestinian rights.

Dr. Rashif Khalidi, Professor of History in the Columbia University in New York City, discussed the Palestinian question then (during Trump’s term) and now (during Biden’s term).

At the end of the webinar, Dr. Hasan Ayoub, Head of the Department of Political Sciences at An-Najah University, briefly summarized the webinar's most prominent political conclusions.

The webinar was also attended by Dr. Shaker Baitar, Vice President for Administrative Affairs at the University, and Raed Debie, Manager of Seeds Association for Development and Culture.